Masterchef Whitney Miller gives her unique take on peanut butter, jelly … and chicken. She calls it PB&J and chicken satay … and it’s perfect for your food table during the big game.

While in Malaysia, Whitney was quickly introduced to the vast array of Malaysian cuisine at Hutong food court where she first sampled chicken satay.

The origins of satay come from Indonesia. Satay is served in peanut sauce, a specialty of Ponorogo, a town in East Java, Indonesia. Satay (SAH-tay), or sate, is a dish of seasoned, skewered and grilled meat, served with a sauce. Satay is universally loved across Southeast Asia, including Malaysia. Each country has their own interpretation for satay, influenced by their own unique food culture and distinct palate, as in Indonesia, satay tend to be sweeter because of the use of a sweet soy sauce, while the Thai satay is less sweet since the staple coconut milk is used.

With a jar of Braswell’s red pepper jelly on hand, Whitney marinates cubed chicken pieces in a spiced up version of a pepper jelly. Whitney says this is the perfect summertime grilling recipe, but with the Super Bowl just days way, why not go all out and try it out this weekend?

Inspired by the hospitality of her 97 year-old great-grandmother and creativity of her mother, Whitney Miller’s passion for the art of cooking began at an early age. At twenty two, she won the show “Masterchef,” gaining the title of Fox Networks first Masterchef from the U.S. Whitney is the author of the cookbook “Modern Hospitality: Simple Recipes with Southern Charm,” with foreword by Gordon Ramsay, and is currently working on her second cookbook. She obtained her bachelor’s degree, with an emphasis in nutrition, from The University of Southern Mississippi. Visit her web site, whitneymiller.net 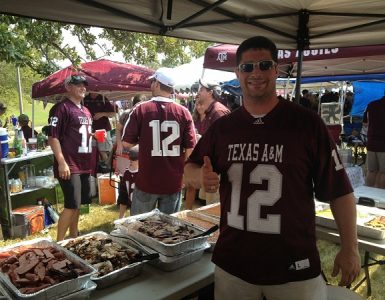 At Grillax, our writers and pro staffers are always looking for those who make our world great. That includes those who love to tailgate in the SEC, showing off their grilling skills. Texas is known for grillmasters in... 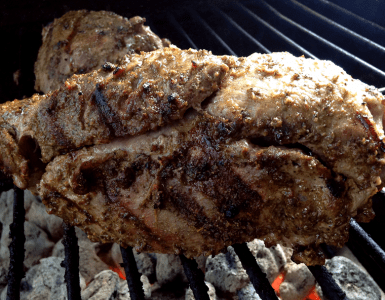 Enjoying the spoils of #Field2Grill isn’t just during the deer hunting season. Breaking out a venison roast for an outdoor dinner party is one way to highly impress your guests and their taste buds. The key to... 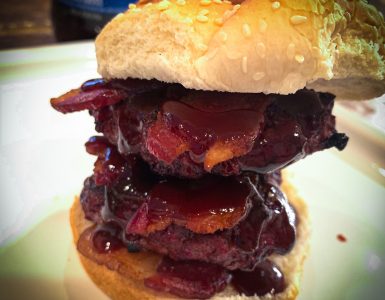 Bacon-a-Palooza Burger is for bacon lovers

When the 2020 Burger Month campaign was in it's infancy stages, the team at Grillax wanted to create something for the carnivore crowd.