Barbecue in The Sipp has few elements found in other states. Mississippi Trail barbecue is ethnically diverse—Abe’s in Oxford is Lebanese owned, and Old Timer’s in Richland has a Greek proprietor.

Community barbecues have a long tradition in the state and may be more central to the history of Mississippi barbecue than commercial places. In Panola, Lafayette, and Tate Counties, goat barbecue has been a part of summer picnics and reunions for generations. The Turner family’s Labor Day picnic in Gravel Springs is almost certainly the oldest public barbecue event in the state, held in a small community that produced musicians like Fred McDowell, Othar Turner, Napoleon Strickland, and the Hemphill family.

On picnic weekends, goats are slaughtered and dressed, parboiled in big cast iron laundry kettles over open fires, and then smoked briefly over charcoal. Music and dancing is lead by a band of homemade cane fifes and drums, forming a circle with a crowd dancing around it. Once found in African American communities across the South, this music remains a living tradition only in this place, and the picnics are more of a celebration of musical traditions than the barbecue, beer, and pickled boiled eggs that fuel them.

There are three identifiable patterns in Mississippi commercial barbecue. Many, like Deke Baskin in Oxford and Randy Lepard of Lep’s in Pontotoc, began cooking in a welded trailer rig.  A trailer rig may be the easiest way to move from home barbecue to commercial—Leroy “Spooney” Kenter in Greenwood hauled his cooker from his backyard to his front yard and, with that move, started a small neighborhood business.

The second kind of place has a traditional pit, the under-recognized hallmark of honest barbecue. The stable gentle heat and smoke that can be achieved in a block pit accomplishes slow cooking like nothing else.  Both Old Timer’s in Richland and Leatha’s in Hattiesburg work waist-high cinder block pits set in tin-roof sheds.

Recently, a third pattern has emerged.  A number of places have changed over to electric ovens designed to cook a load of pork shoulders while burning no more than a stick or two of wood. This represents a diminution of the traditional scene. Rodney Beasley at Beasely’s Best Bar-B-Q, who cooks over hickory and pecan on a rig he welded himself, says electric and gas cookers “don’t put the flavor into the meat.”

Mississippi barbecue is defined by family relationships. At Leatha’s in Hattiesburg, Leatha Jackson’s daughters take your order and tell you they have the best barbecue there is. At Westside, Mr. Reaves and sons make the barbecue and Mrs. Reaves bakes the cakes. The Shed in Ocean Springs—one of several new barbecue places on the coast since Katrina—grew out of a family’s campground business, and now has a huge outdoor party area for blues music to go with ribs and shoulder and a sweet, mild sauce that may be the one constant of Mississippi barbecue.

The oral histories collected here introduce you to these community centers and to the families behind them. From these family stories you can begin to piece together a tale of Mississippi barbecue.

The Shed in Ocean Springs was literally started in a shed built by the Orrison family on the Gulf Coast. It has grown into a landmark that has been featured on national television, including a reality show on The Food Network. Visitors from around the world travel to The Shed to eat the BBQ ribs and meet the colorful Orrison family. Check out the “Junk-Free” marinades and rubs in the Shed Store, which contain only ingredients that you’d find in your kitchen.

Beasley’s Best Bar-B-Q  in Meridian, 602 17th Ave., features Michigan native Rodney Beasley at the pits. At sixteen, he started teaching himself how to barbecue in the backyard of his parent’s house. Eventually, he built his own smokers and perfected a fruit-infused sauce recipe that he uses to this day.

Ubon’s BBQ of Yazoo is a family-run restaurant that has received national recognition. Owner Leslie Roark Scott is a BBQ competition pitmaster known as “The Barbeque Princess.” Ubon’s award-winning BBQ sauce recipe dates back at least five generations. Find it for sale in the Ubon’s store.

Leatha’s Bar-B-Que Inn of Hattiesburg is a quaint, rustic place that all the locals, including Brett Favre, know and love. The BBQ is some of the best in the state, complete with classic Southern sides.

The Little Dooey in Starkville began in 1985 when Barry and Margaret Ann Wood started selling their homemade BBQ at a local service station. They opened the location in Starkville soon after, where you can order their distinctive pulled pork sandwich with baked beans and potato salad, as well as their signature sauces and rubs. 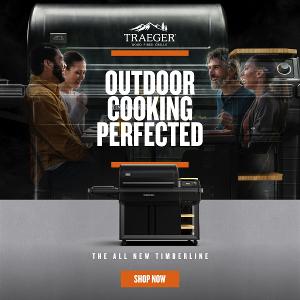