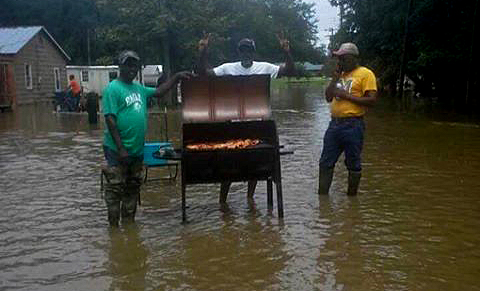 We always push Grillax Nation. The group of people who share what they love … whether for a backyard gathering, a tailgate or in times of need.

All over Louisiana this week, stories, social media updates and new urban legends are popping up, with much respect being given to those who, in times of despair, do what they can to help those in need — even in knee-deep Amite River water.

Our hats off to you, Grillax Nation. Keep doing what you do. We can all learn something from these fine Louisiana citizens!

If you would like to donate to any BBQ Relief efforts in Louisiana, please visit Operation BBQ Relief.

Outside the Celtic Media Centre, which has become a shelter for thousands left homeless by the historic Baton Rouge flooding this weekend, the smell of barbecue drew the displaced crowd to Christian Dornhorst.

Dornhorst, who lives across the Mississippi River from Baton Rouge, spent all of Monday at the film studio (involved in the production of such hits as “The Fantastic Four,” “The Twilight Saga: Breaking Dawn,” and “True Blood”) with his wife and young daughter cooking up meat he’d bought with his own money to feed the flood victims.

“The Lord put this in my heart at 7 in the morning, when I was at work,” Dornhorst, 35, said. He approached his boss at Dow Chemical, who let him take the day off to help the displaced.

Dornhorst and his wife spent over $850 to purchase all of the brisket in the store, he said. “The Lord blessed us with all of these things,” he said, looking at his truck, his smoker, and his cooking utensils. “There are enough people suffering here that I can do this to help.”

In the morning, there was one small problem: Dornhorst didn’t know where to bring all this food. The brisket had to be in the smoker by noon to be finished by dinner time, so Dornhorst jumped in his truck, his smoker already fired up on its hitch in the back, and started driving. Noon came and Dornhorst had not yet found a shelter, so he pulled over into a parking lot to throw the brisket onto the heat. A business owner came out to see what was going on and directed Dornhorst to the Media Centre.

When Dornhorst pulled in, meat already smoking in the truck behind him, security officers sent him straight to a sound stage.

Dornhorst served food “non-stop” ever since, he said. Chicken and sausage cooked on two small grills throughout the day; three full pot roasts another volunteer dropped off at his table in the afternoon; and finally, just after 7 p.m., the finished brisket.

A familiar Louisiana scene emerged as those staying in the shelter — the old, the young, black people and white people — all enthusiastically lined up for barbecue.

The smoked brisket–all 108 pounds of it– was gone within 20 minutes. After dark, Dornhorst sat in a folding chair, lightly sweating, as he politely told disappointed people that the food was gone.

Dornhorst’s wife took their daughter home to sleep and he was glad they were able to be there. “I brought my 4-year-old so she could see what it’s like when you don’t have a bed,” he said.

At the Media Centre, rows of cots filled the sound stages. Evacuees sorted through donated clothing items piled high inside Sound Stage 7. Louisiana Governor John Bel Edwards stopped in to tour the facility, and volunteers from Louisiana State University, the Red Cross, and even the Church of Scientology helped to check in displaced people and to distribute food and water.

There were 11,054 guests in state-operated shelters as of Monday night, according to Byron Henderson, Public Information Director for the Louisiana Department of Revenue, and 2,400 of them were at Celtic Media Centre, which opened as a shelter on Sunday.

Shelter organizers asked Dornhorst to cook for the military and National Guard volunteers on Tuesday. Despite the long day, he said he hoped to be able to do so.

Dornhorst is a veteran himself, and he wore a Wounded Warrior t-shirt as he cooked. “The only casualty is being forgotten,” it read.

After taking a quick break — brisket debris and barbecue sauce still on his table — Dornhorst took out his phone and called his boss to ask if he can return tomorrow, and to see if Dow might be able to help sponsor the cost of another round of brisket. Read the entire story. 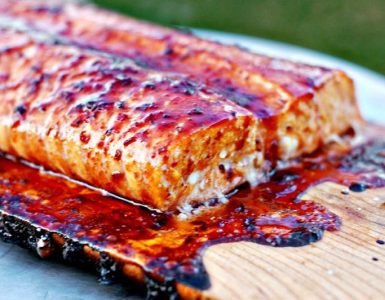 This cedar-plank grilled salmon recipe uses cedar planks and fresh salmon. Malcom Reed shares his version of this grilling staple. This salmon recipe is simple and easy. You will grill your salmon on a cedar plank and... 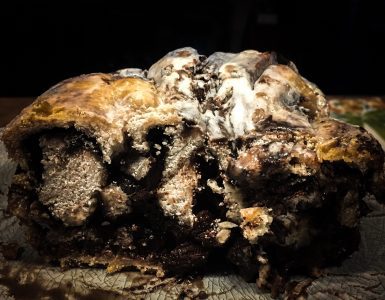 The professionals in the Grillax Test Kitchen have found a way to create Babka, a decadent sweet bread, off the grill, and it's so easy. All it takes is patience (and time.) 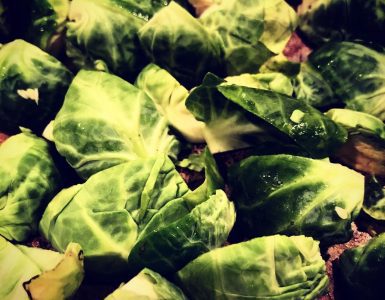 Grilling vegetables is easy, give it a try

How to grill Kansas City ribs