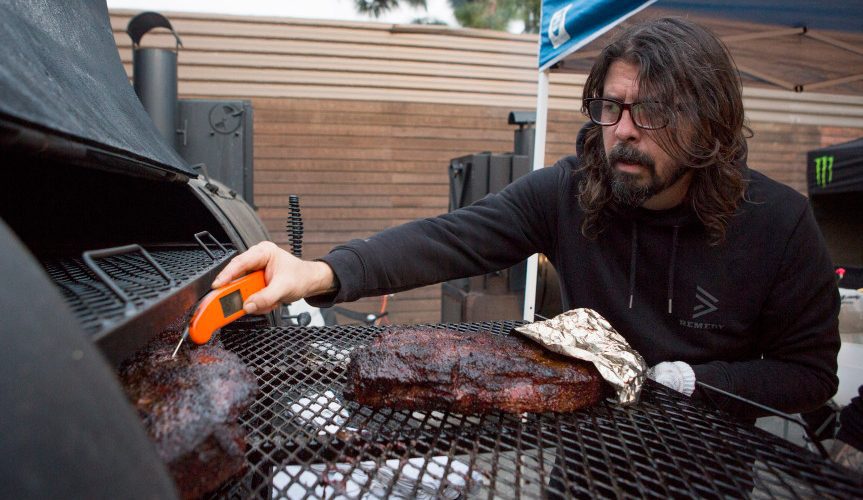 When Rita Haney, longtime partner of the late “Dimebag” Darrell Abbott, asked Foo Fighters’ vocalist-guitarist Dave Grohl to be a part of the 11th Annual Dimebash at the Observatory in Santa Ana, she said he immediately responded, “Well, you know I’m cooking, right?”

Grohl, who celebrated his 51st birthday on Jan. 14 and has been dropping hints on social media about some crazy stuff coming up for the Foo Fighters’ 25th anniversary, has become known for more than just his skills on stage. He’s been bringing his meat smokers along to shows, popping up at festivals and even cooking for a crew of exhausted L.A.-area firefighters as they tirelessly battled blazes in 2018.

A slew of artists including members of Anthrax, Lamb of God, In Flames, Sepultura, Butcher Babies, Stone Sour and more turned up to the Observatory on Thursday to perform during Dimebash, the unofficial rock-and-roll kick-off to the 2020 NAMM Show at the Anaheim Convention Center. Grohl got to the venue at 7:30 a.m. to start heating up the trio of smokers to feed the bands and fans after the show. In all, he said he had a total of “16 pork butts, 14 briskets, 40 racks of ribs and 300 chicken drumettes.”

We caught up with pitmaster Grohl backstage as he was elbow deep in mixing seasoning for pork ribs in a bucket to talk about his BackBeat BBQ.

Q: What is the secret to making a really good barbecue?

Grohl: I don’t know, because I don’t know how to cook. But for me, if all the elements align … temperature, the right wood, the right seasoning, the right amount of time … then you’re good. Basically, to make good barbecue you need to have patience and you have to have fun. Honestly, I think the secret to good barbecue is the vibe, so doing it somewhere like this, with all of these people, it’s going to be good.

Q: Do you have any tips you can share for barbecue novices?

Grohl: Most of it is all about the hang. The other stuff … I don’t know if you were watching me, but I was running from fire to fire to make sure the coals are right and the temperature holds in the right place. I mean, really, anyone can do it. You can go on YouTube now and a bunch of rednecks will explain it well to you. It’s a 10,000 hours thing …

Read the rest of the story

Story from the Orange County Register and was reprinted with permission. 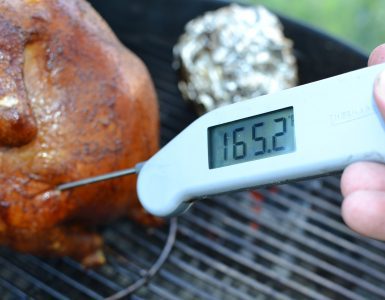 Summer grilling safety is important … grilling is an activity shared with family and friends done outdoors almost year round. So whether the snow is blowing or the sun is shining brightly, it’s important to... 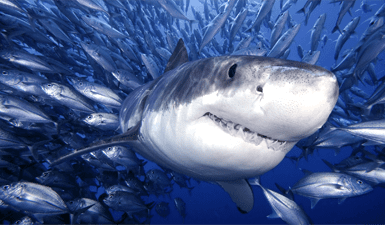 Eat like a Tiger Shark: Grilled Clams with Garlic Butter

When we think of the most dangerous shark in the ocean, the great white comes to mind. But following in at a close second is the tiger shark, a predator who is known to eat anything, including humans. Tiger sharks are... 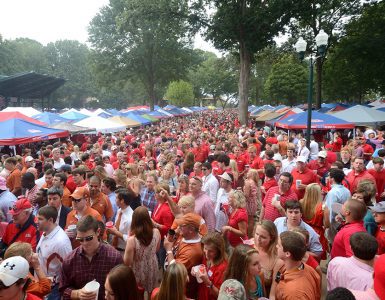 SEC Tailgating in The Grove

The CBS Sports crew gives us a unique look into SEC tailgating in The Grove at Ole Miss. The Grove has been deemed by many publications as one of the best college football tailgating venues, and in 2016, was ranked the...

How to grill Smoked Peppers with Spicy Turkey Sausage

How to grill Kansas City ribs