Dr. Gang Liu of the Harvard T.H. Chan School of Public Health in Boston said to Reuters, “Although some studies have suggested that higher intake of red meat, especially processed red meat, is associated with higher risk of hypertension, the associations of chicken or fish intake with hypertension risk remain inconsistent,” he explained. “These previous studies did not take into account one important factor – different meat cooking methods.”

In each study, detailed cooking information was collected. None of the participants had hypertension, diabetes, heart disease, or cancer at the start, but 37,123 people developed hypertension during an average follow-up of 12 to 16 years.

The researchers found that “a higher frequency of open-flame and/or high-temperature cooking and a preference for higher meat (temperature) level were both independently associated with an increased hypertension risk.”

Among adults who ate two or more servings of red meat, chicken or fish a week, the likelihood of developing high blood pressure risks was 17 percent higher in those who grilled, broiled, or roasted the meat or fish more than 15 times per month, compared with fewer than four times per month.

Some tips on how to reduce high blood pressure risks in grilled fare:

Reduce the char for healthier grilling

Control the heat for better grilling 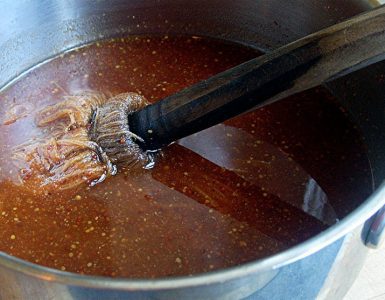 While perusing the pages of jesseyancy.com, we found an intriguing, flavorful recipe (We also love that it’s made in Mississippi). Let’s see how Grillax Nation takes to this one. Mix the ingredients... 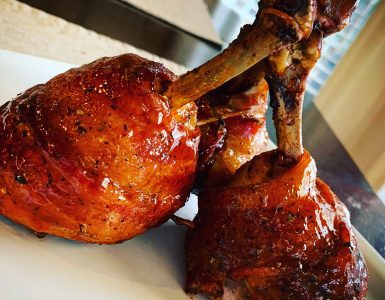 Grillmasters around the globe have gone bonkers for yardbird 'lollipops,' a new twist on an old favorite. Here's our take on this trendy way to launch chicken drumsticks off the grill. 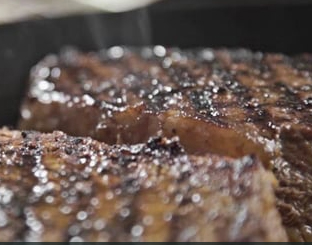 If you don’t have a digital thermometer, do you have a proven method to checking the doneness of steaks? The Grillax Finger Method will allow you to serve up a perfect steak exactly as your guests want it...

After the catch: Perfect Shark Marinade for the grill