When you talk white barbecue sauce, this may be barbecue heaven … or it’s certainly somewhere close.

This grilling recipe is inspired by the passing of winter, the anticipation of warmer spring weather ahead, and two of my favorite historical icons, Bob Gibson – and Bob Gibson.

One Bob was a physically imposing, statistical strike-out legend and World Series Champion for the St. Louis Cardinals. Towering far above his opponents, he unmercifully hurled 100-mph fastballs toward and past those brave enough to stand in the batter’s box against him. Bob Gibson led a 17-year career culminating with an induction into the National Baseball Hall of Fame in 1981, and he is forever recognized as one of the most successful baseball players to button up a uniform.

The other Bob Gibson is the 6’4”, 300-pound creator of the original “white barbecue sauce.” As the undisputed grandfather of outdoor cooking in North Alabama, he established a culinary institution that continues to lead the way nearly 90 years after inception. Big Bob Gibson Bar-B-Q is still the pride of Decatur today, continuing tradition not only in its fourth-generation restaurant, but also on the National Barbecue Circuit, having been crowned “Grand Champion” four times in the last 15 years!

Take a look at what David Olson of abachelorandhisgrill.com does with a tasty IPA, chicken thighs and a white sauce. Good googly moogly!

“With the first pitch upon us and tailgate season officially commencing, this post marries my love of both barbecue and baseball. Slowly bathed in a marinade of golden craft beer, these smoky, peppercorn-encrusted chicken thighs are then barbecued with the essence of charcoal and hardwood until they’ve reached succulent, pull-from-the-bone, tender perfection. Tossed with thick meaty cuts of chopped bacon and lightly drizzled in a creamy white barbecue sauce, more than a quarter pound of roughly shredded chicken is loaded over a bed of tangy homemade coleslaw and topped with crisp pickled cucumbers and sandwiched inside buttery, toasted artisan slider rolls.” — David Olson 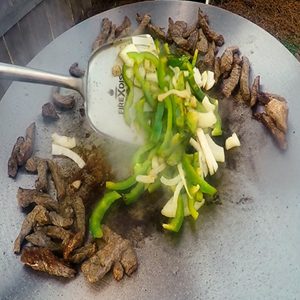 Cooking for loved ones is fun and exciting, and this Thai Basil Beef recipe is sure to please that special person in your life. 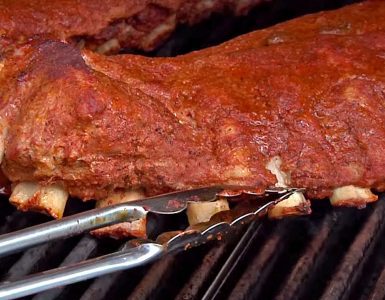 Want to impress everyone with a new spin on ribs at your tailgate? Chef David Payne shows Grillax Nation how to grill some sweet and spicy beer-basted baby backs using Char-Broil’s Pinch Of Sizzle brines... 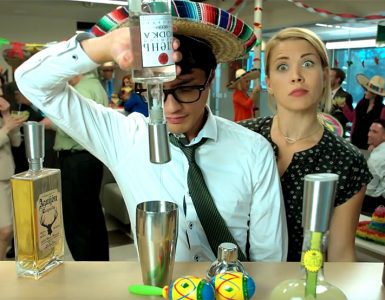 Bernooli pouring device may have killed the bartender

This is a really cool device that may have killed the bartender as we know 'em, but will probably create lots of copy cats when this hits the main stream. What do you think about the Bernooli device?