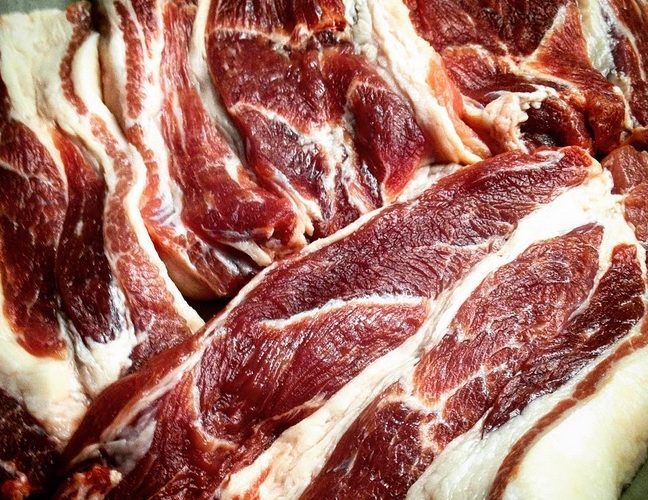 KANSAS CITY — The U.S. meat and poultry industry faces a blockbuster protein year, which means that consumer demand at home and abroad will be more important than ever. The industry hopes carnivores step up to the plate and devour the two most expensive consumer proteins – beef and pork. The first two months of the year saw encouraging signs this will occur. Americans responded to aggressive beef promotions by retailers, the restaurant business showed signs of recovery and red meat exports continued to grow year-over-year.

Growth this year is expected to continue but only by a modest 1 percent in 2017. The U.S.D.A.’s Annual Cattle Inventory report at the end of January revealed that much of last year’s growth came from a 3.5 percent increase in beef cow numbers. In addition, the 2016 calf crop grew by 996,000 or 2.9 percent from 2015. However, the national herd will still be lower than it was in 2010 and will be far below the record of 132 million head in 1975.

Live cattle prices will be lower again this year vs. 2016 prices. But they will fall much less than they did last year. Prices for the year are likely to average $108 to $111 per cwt live, according to forecasts from analysts and the U.S.D.A. This would be down 8 to 9 percent from 2016’s average $120.79 per cwt live for a 5 area Choice steer. That average though was down 18.5 percent from 2015’s $148.12 per cwt live. This was the biggest year-to-year decline in annual live cattle prices in many years.

Prices will be lower again because of the increase in cattle numbers. But most producers are looking forward to 2017 being a better year than the one just passed. Two key factors will determine how much, if at all, cattle prices decline this year. The first factor is demand. The positive news is that beef demand from last June was stronger than expected. Sharply lower wholesale beef prices allowed retailers to aggressively promote beef. Lower prices meant Americans rediscovered their love of a good steak and bought a lot of them.

Lower prices also boosted beef exports, with especially strong sales to Japan. This increase in sales was in part driven by a dramatic year-on-year decline in exports to Japan from Australia. Larger beef supplies also make the resumption of U.S. exports to China a must this year. This would be the single most significant boost to the cattle and beef markets.

Live cattle prices might also be stronger than expected if cattle feeders sell cattle at lighter weights. Fewer pounds per animal could largely offset an increase in fed steer and heifer slaughter each week. Weights are now declining seasonally and this trend will be closely watched into the spring.

Lighter, smaller carcasses would relieve some of the merchandising dilemmas that retailers and restaurant operators have faced over the past decade. The dilemma has been how to present out-sized cuts of beef, notably ribeyes, with Americans eating smaller portions.

Larger cattle supplies, lower live cattle prices and demand will be the keys in determining beef processing margins. This combination in 2016 helped fed beef processors enjoy their most positive operating margins in many years, bolstered by fourth quarter margins that were a record for any quarter. Total commercial cattle slaughter this year will be up an estimated 3.4 percent on last year, according to the Livestock Marketing Information Center. That’s up by just over 1 million head. This increase will increase plant utilization rates and reduce per head production costs, thus boosting operating margins.

Operating margins in the first quarter last year averaged only $1.72 per head, according to HedgersEdge.com. But they picked up steadily in the next two quarters (positive by $28.73 per head and $43.61 per head, respectively) and exploded in the fourth. It saw margins average $89.33 per head, with margins in triple digits in seven of the 13 weeks. This was nearly double the next largest quarterly margin, $45.82 per head in 2003’s third quarter.

Margins for the full year were positive by $43.35 per head, according to HedgersEdge.com. This far exceeded the next best year (since at least 1991) of $25.66 per head in 2000. The fourth quarter results achieved another first by being the only quarter since 1991 to show positive margins every week. The margins were even more remarkable as 2015 saw fourth quarter margins just above breakeven and negative margins each of the previous four years. The last 26 years saw margins negative 11 times in the fourth quarter.

Pork processors meanwhile are expected to have another highly profitable year after record-breaking profits last year. After several tough years, an expanding hog herd helped processors make money in every quarter from 2014 on. But last year was a standout year, with annual margins positive by $29.98 per head, according to HedgersEdge.com. The fourth quarter saw margins average $48.83 per head, with three weeks averaging more than $60 per head. Margins were positive every week of the year.

The U.S.D.A.’s Quarterly Hogs and Pigs report in late December was somewhat negative for live hog prices for this year, but positive for processors. Its biggest surprise was total hog inventories as of Dec. 1. Pre-report estimates had put the total up 2 percent year-over-year, but the U.S.D.A.’s number put it up 4 percent. The number of hogs kept for breeding was up 1 percent while hogs kept for marketing was up 4 percent. The increase in market hog supply came from a larger than expected farrowing number for September through November (up 4 percent year-over-year), as the Daily Livestock Report (D.L.R.) noted in late December. Pigs per litter also increased versus 2015 but this number was up only 1 percent and in line with expectations. The increase in farrowings and ultimately market hog supplies is likely connected to the new pork plants which start to come online in 2017, says the D.L.R.

Chicken processors will continue to see sizable operating margins again this year, with the key factor for this sector being the price of corn. Lower corn prices will reduce processors’ annual feed costs by hundreds of millions of dollars. Tyson, for example, saw its chicken feed costs decline by $170 million in fiscal 2016 from 2015. This helped it have operating income for the year of $1.305 billion for an 11.9 percent operating margin.

The 2016/2017 corn crop is expected to be tallied at just over 15.1 billion bushels, which should keep prices well under $4 per bushel. The U.S.D.A. forecasts that broiler production will increase by just over 2 percent from 2016. The key for poultry companies will be to keep finding ways to add value to a chicken and make it even more attractive to consumers to avoid them suffering from chicken “fatigue.” Consumers turned back to beef last year because more was available, and this will continue this year. Plenty of pork chops, ham and bacon will tempt consumers as well. So beef, and to a lesser extent pork, will remain the “meat treat” and chicken the “survival” food. 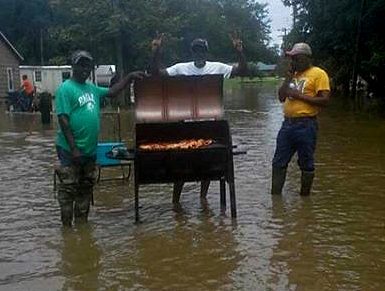 We always push Grillax Nation. The group of people who share what they love … whether for a backyard gathering, a tailgate or in times of need. All over Louisiana this week, stories, social media updates and new... 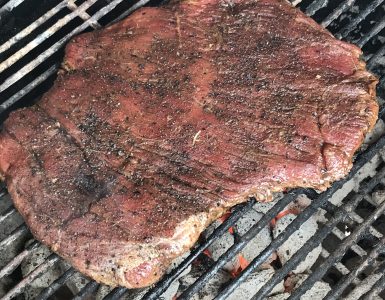 Word of mouth is the best way to find out about gems that may not be in the mainstream. Gaston's Original Seasoning will soon be in the grilling mainstream because it's just that good. 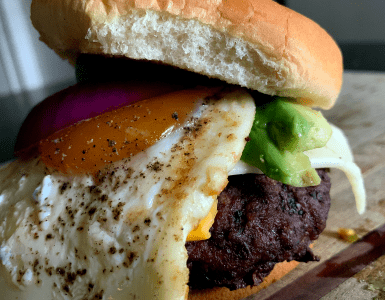 Caveman Burger ... just the name will turn a head at a friend's grill session or favorite burger joint. We've come up with some additions to a burger from movies about prehistoric dudes, or at least references from them.